British musical icon Liam Gallagher is set to make a biblical return to performing with the announcement of ‘Down By The River Thames’. The one-of-a-kind virtual event will be streamed globally on Saturday, December 5, exclusively on MelodyVR.

Down By The River Thames will see Liam accompanied by his full band for a set broadcast from a barge travelling along the Thames. The show will include iconic songs, fan favourites and a few surprises, spanning both his all-conquering solo career and his legendary time with Oasis – some of which he hasn’t performed in years.

Echoing unforgettable moments from the Sex Pistols and The Clash, the explosive performance will ring out as the barge sails past some of London’s most famous landmarks. MelodyVR’s groundbreaking technology will put an international at-home audience at the heart of the action, offering a stunning visual and audio experience.

"To all my brothers and sisters around the world. I'm performing a one-off celestial live performance for you to stream, 'Down By The River Thames', on 5th December 2020. I'll be performing tracks from my two number 1 solo albums as well as some stone cold Oasis classics, some of which you haven't heard me sing for a long, long time. C'mon you know. LG x”.

‘Down By The River Thames’ will commence at 8pm local time via MelodyVR’s web player around the world to enable as many fans as possible to see the show. 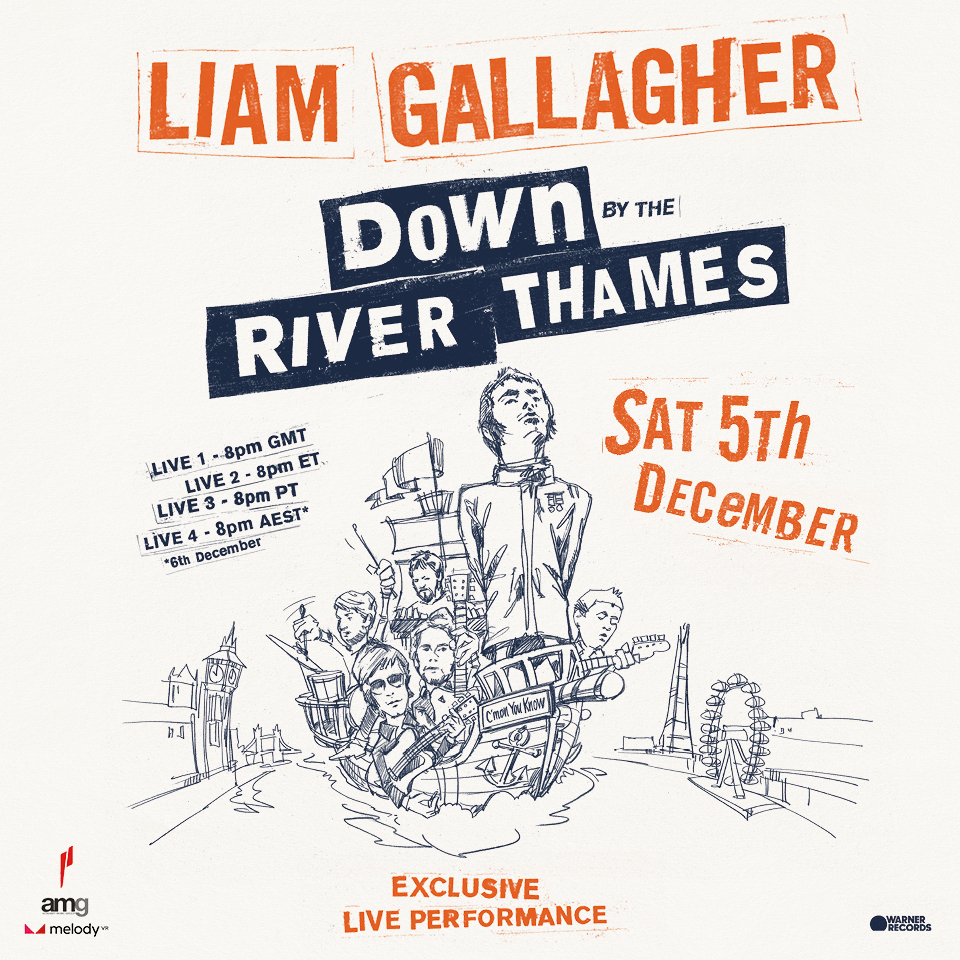