Pop rockers The Kooks are set to return to TRNSMT Festival this year after making their debut in 2017!

A group of boys from Croydon’s BRIT school and Brighton music college BIMM, formed The Kooks in 2005 and since then, have curated a number of Top Twenty hits including ‘Naïve’, ‘She Moves In Her Own Way’ and have acquired over 1 billion streams worldwide. Last year, they released their newest Album ‘Let’s Go Sunshine’ then embarked on a number of massive world tours including a European tour and their most recent sold-out US tour!

This was The Kooks when they played back in 2017 in Glasgow Green at the festival...

The Kooks are back with a brand new single, 'Got Your Number' ahead of this summer's festival season. This is their first new track since last year's 'Let's Go Sunshine'.

LISTEN TO 'GOT YOUR NUMBER' NOW

The four-piece band will play across the UK at a number of festivals including London's Community Festival, Manchester's Sound of The City, and our own TRNSMT Festival in Glasgow Green.

Catch them on the main stage line up on Sunday 14th July along with George Ezra, Lewis Capaldi, The Wombats, Tom Grennan & The Amazons. This is what they had to say... 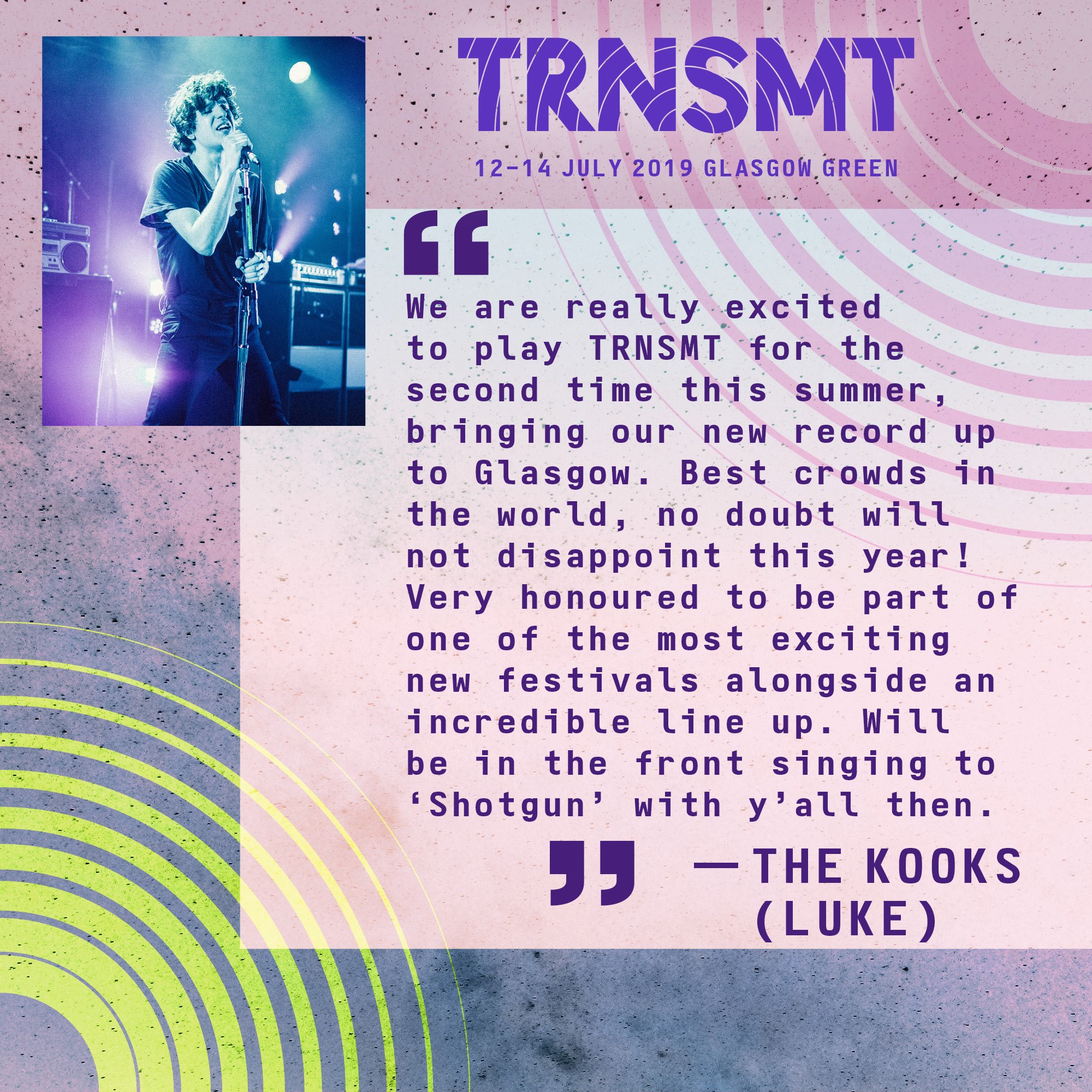 They’re clearly as excited as us to see headliner George Ezra!

Don't forget you can split the cost of your tickets into 3 smaller payments with our PAYMENT PLAN OPTION.