Continue the party across Glasgow at our Official TRNSMT 2019 Aftershows.

TRNSMT Festival is set to take over Glasgow in two weeks’ time and today, the festival announced a series of official aftershows that will ensure fans can keep the party going after acts including Stormzy, Catfish and the Bottlemen, George Ezra, Gerry Cinnamon and Lewis Capaldi leave the Glasgow Green stage. 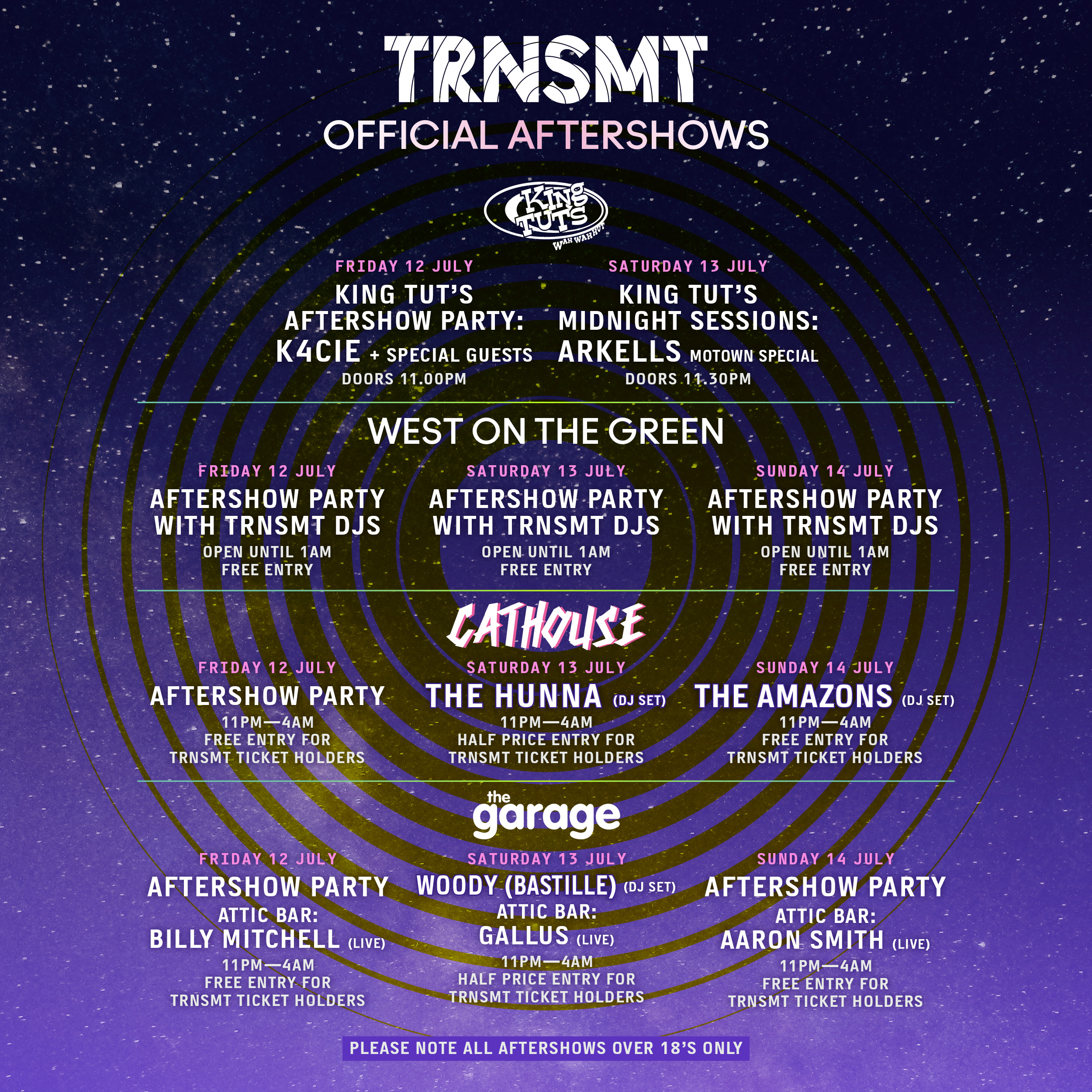 THE KING OF ALL PARTIES!

As the sun sets on Glasgow Green from 12th-14th July, the TRNSMT Festival party will continue at the exclusive midnight shows at the iconic King Tut’s Wah Wah Hut venue. K4CIE will bring her hugely popular club night to the venue on Friday 12th July while Arkells will follow their Glasgow Green performance with a night of Motown specials at the much-loved venue on Saturday 13th July.

TRNSMT DJs will bring the party to WEST on the Green – just a stones throw away from the TRNSMT site every night of the festival until 1AM, while over at The Cathouse, Glasgow’s premier rock club, there will be official TRNSMT aftershows from 11PM-3AM each night. After their huge sets in Glasgow Green, The Hunna and The Amazons will spin tunes on Saturday 13th and Sunday 14th, respectively.

Meanwhile on Sauchiehall Street, one of Glasgow’s prime clubbing hotspots The Garage will host an aftershow in the main room, while upstairs in the Attic Bar, Billy Mitchell will perform live on Friday 12th July. The following night, Glasgow punks Gallus will bring their incendiary live show to the Attic. Meanwhile, heating up the main room are TRNSMT Main Stage pop icons Bastille, who will keep the party going until late at The Garage, spinning their favourite hits during their DJ set. A live set from the hotly-tipped Aaron Smith on Sunday 14th July will bring a close to this year’s afterparty proceedings.